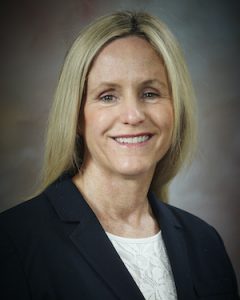 Erin has over twenty-five (25) years of experience as a civil defense trial lawyer. Erin also handles appellate matters having argued before the California Supreme Court, Ninth Circuit Court of Appeal and California First, Second and Fourth District Courts of Appeal. Erin has successfully written and argued numerous appeals including Bouton v. USAA Casualty Insurance Company (2008) 43 Cal.4th 1190 which was favorably decided by the California Supreme Court in 2008.

Her current pending cases involve representing individuals in large exposure and complex PI cases. Erin has significant trial experience representing both insurers in bad faith cases and insureds in liability matters. She has been busy in the courtroom for the last several years. In October 2019, Erin successfully represented high profile defendants in a mold case that resulted in a defense verdict in Orange County. Immediately following that case, Erin obtained a directed verdict in a wrongful death case in San Diego where her client’s caregiver murdered her client’s best friend in a planned retirement community. In February and March 2020, Erin tried a TBI case in the central coast where her client rear-ended Plaintiff while intoxicated and driving more than 102 mph. Plaintiff’s counsel asked the jury for approximately 25 million.

Erin admitted liability for the driver and the Judge granted a nonsuit for Defendant’s father on a negligent entrustment cause of action. Erin recommended that the jury reach a verdict for the driver between $650,000 and 1.8 million. The jury came back with a verdict just under 1.7 million. Recently, Erin got back into the courtroom in March of 2021 and prevailed in a neighbor property line dispute.