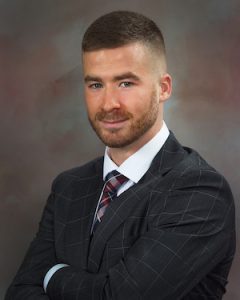 Ryan was born and raised in Los Angeles. After graduating from the University of California Berkeley, Ryan went to Ecuador to teach English, learn Spanish, and travel throughout Latin America. Ryan spent two years living in Latin America, including in Mexico, Colombia, and Argentina. In the latter country, Ryan carried out a prestigious Fulbright Scholarship at the National University of Mendoza, where he taught advanced English grammar and literature. During law school, Ryan participated in the University of Washington’s Immigration clinic, where he represented Spanish-speaking clients seeking asylum in the United States. Ryan also spent a semester studying in Rome during his third year of law school. In addition to his studies, Ryan took courses in Italian and attained a conversational level. Ryan also speaks a conversational level of Portuguese.

On his free time, Ryan enjoys working out and playing sports, studying, reading, and weekend trips outside of Los Angeles.